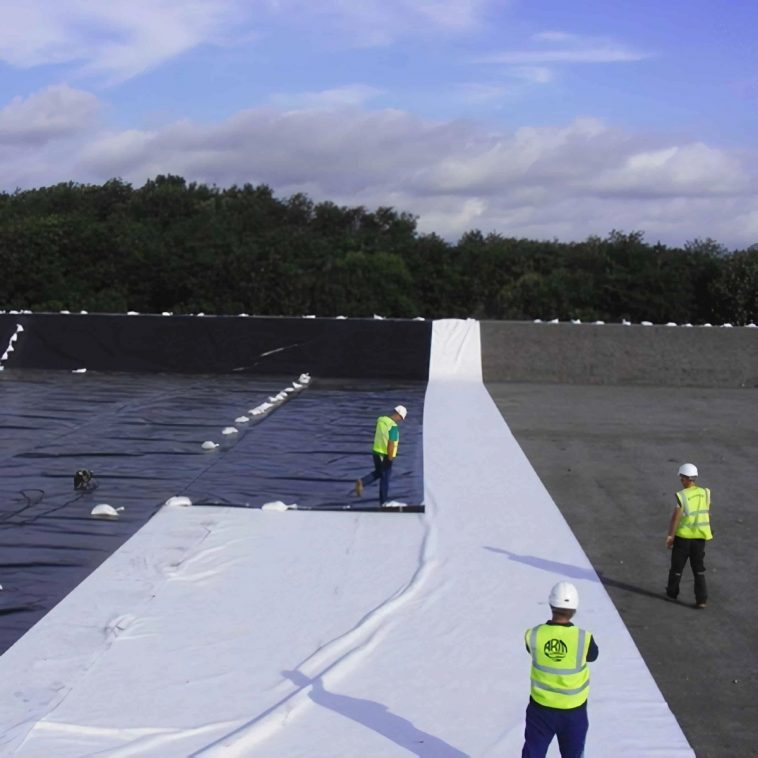 Recognised as one of the leading experts in the field of Wetland construction, Eco∼tech Systems administered a Contract to construct an Aerated Reed Bed, designed as a Combined Storm Overflow system (CSO).

Prior to construction commencing, leaflet drops were made to ensure that all local residents were informed of relevant vehicle movements in the area.

Detailed road surveys were undertaken to assess the suitability of the infrastructure to be used by site traffic, comprehensive vehicle routes were designed that enforced a strict “One way” system throughout the Industrial Estate that was utilised to access the site.

Qualified Banksman were deployed for the duration of the works to enforce stringent aggregate delivery procedures, ensuring vehicles were controlled during reversing and tipping, utilised the site wheel washing facilities and whilst exiting the working area. Works included the installation of the robust geomembrane lining system, comprehensive aeration system, and the collection and overflow pipework systems.

Plant and labour were utilised effectively to place some 13,000 tonnes of specially sourced aggregates over the completed basal profile, with the aggregate placement being levelled using the latest laser guided precision instrumentation.

Prior to works commencing within the Reed Bed, all items of plant were specially prepared and filled with a Bio-degradable oil to eliminate any accidental contamination incidents during the placement of the aggregates. During the works “Over-pumping” was undertaken to control the extremely high levels of groundwater encountered during the excavation and construction of the new valve chamber and the associated underground ductile iron pipework system.

Works were also undertaken to install and construct a number of concrete facilities ranging from the pre-cast concrete pumping chambers to the shuttered concrete works to plinths, thrust blocks and cast in-situ vented chamber covers. Additional works included the installation of a series of rising mains, distribution pipework and flow control components, consisting of stilling and weir plates and the final finishing works that included stone dressing to all internal batter profiles, perimeter paths and walkways. All site works were completed ahead of schedule, within budget and without incident. 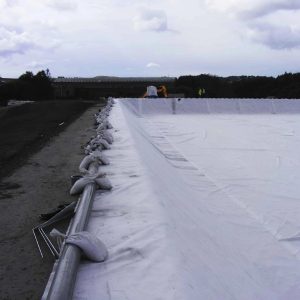 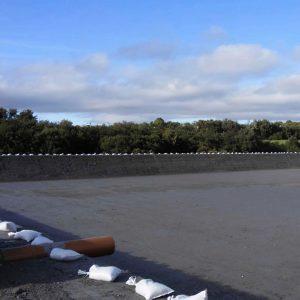 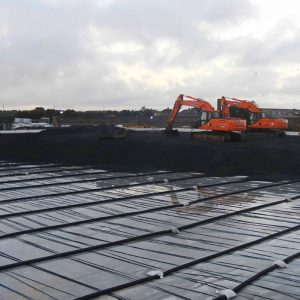